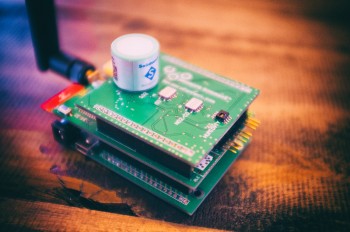 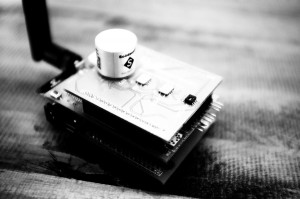 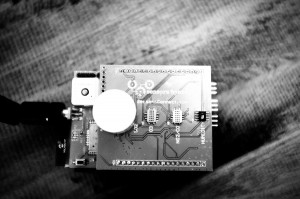 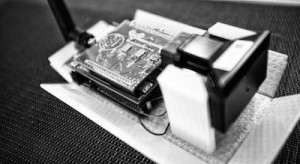 As I mentioned in my last blog, I became familiar with Z-wave after I already had my Zigbee solution fully operational. It’s not that I did not hear about Z-wave but I could easily obtain Zigbee hardware and build something quickly.

Zigbee standard is controlled by Zigbee consortium, anyone can become a member of that group, however the membership is not free. In order to display Zigbee logo on your products one must be a member of Zigbee Consortium. I believe, that members also have access to sample code and some additional documentation on top of what is available to general public. On the hardware or silicon side, you have plenty of choices, starting with Texas Instrument you can also select MircroTec makers of AtMega or the chip used on your favored Arduino device. Each Zigbee silicon vendor provides also it’s respective stack, working on their and only their chips. Pricing models are different, in case of Ti, you pay a premium for Silicon, but the actual stack is free, in case of MicroTec, the Silicon is less expensive but you need to purchase a stack ( one time fee of $1k USD), in any case, those amounts are easily affordable by any commercial entity.

In case of Z-wave, you have one single company Zensys, standing behind it. Zensys is a division of Sigma Designs, so sometimes you could hear that name as a z-wave vendor. That obviously has some pros and cons. Having monopoly, Zensys can dictate the price being as high as they want it. On the other hand, interoperability is not an  issue. Single vendor issues Z-wave approval stamps and since all the code is based on the same SDK coming from a single vendor, interoperability is not so much of a challenge.

Z-wave is intended for Home Automation, all features are well defined and relatively easy to implement. In case of Zigbee, you have additional logical layer, called profile, which basically describes what Zigbee product family your product belongs to. One of those profiles is called Home Automation and that profile would be an equivalent to z-wave. If you look at some very popular products such as Hue Lights by Philips, they  also use Zigbee but they are in a different space or using different profile called Lighting profile.

Each profiles defines its respective clusters which have similar equivalent in z-wave called commands class.  Above clusters you also have endpoint type (like a light or a switch) and Zigbee standard defines mandatory and optional clusters for input and output communication. For example, the light will have light on/ off cluster define as its input as it should receive such command from its controller. Light switch will have the same cluster define as its output, as it will send such command to its controller once you press a physical switch on a wall. Optional clusters are for descriptions or additional functionality such as battery status and such.

As you can see both protocols are very similar from the high level view or at the conceptual level. Knowing Zigbee, I did not have any problems understanding Z-wave concepts

Reading this you could ask, why would one even look at Zigbee, after all Z-wave is all you want. Well, Zigbee supports two frequencies, but really only one, 2.4GHz is popular. The same frequency is used globally!!! This is critical, because one device can be sold globally!!!. In case of Z-wave, you need to deal with multiple frequencies designated for different geographic regions, even the physical micro modules you purchase from Digikey are designated for North America and the rest of the World ( actual very specific frequency can be controlled at the firmware level).

So, you have much easier interoperability vs. a single module operating globally, what is better? You should also consider fact that with the same Zigbee chips you could potentially, use different profiles for Building Automation for example. But you can not underestimate variety of choices for z-wave controllers in the Home Automation World. Zigbee choices are very limited at this point. Also, seamless interoperability between Z-wave devices can not be underestimated and this is why I would strongly recommend Z-wave over Zigbee for home automation devices.

Let me tell you a bit about my Internet of Things.

For as long as I can remember, I have been fascinated by Home Automation and it’s potential to simplify our lives. My enthusiasm for Electronics started a long time ago…when I was a teenager.