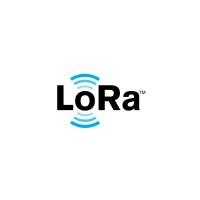 LoRa (Long Range) is a wireless technology that has been developed to enable low data rate communications to be made over long distances by sensors and actuators for M2M and Internet of Things, IoT applications.

One of the major challenges in wide deployment of m2m (machine to machine) communication and adoption of IoT is lack of a standard for low power, high range and low cost communication method between nodes and gateways or concentrators. One of the proposed standards to address this problem is LoRa by LoRa Alliance. A LoRa network of gateways, can be architected in a very similar ways to a mobile network, actually many cellular operators plan to use their existing physical infrastructure to install LoRa gear in a field.
The technology itself has been primarly developed by Semtech and LoRa Alliance has been formally announced during WMC2015 in Barcelona.

A LoRa Network would normally consist multiple nodes reporting events or receiving events to/from LoRa Gateway. A LoRa gateway would be connected onto the backhaul system usually over IP, via Ethernet or Cellular network. One of many m2m protocols such as mqtt would provide perfect communication conduit between a gateway and backend server. From there, remote systems/users could retrieve information about their nodes and/or send instructions to their actuators.

Low cost and high range could be a major factor behind adoption of LoRa in the real World.